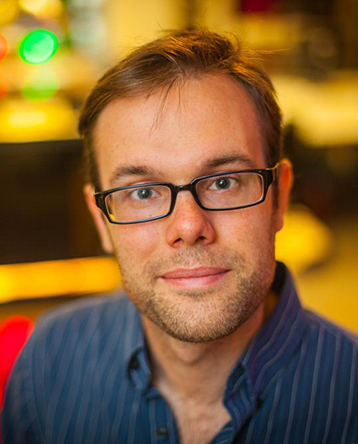 Chris Harrison is the A. Nico Habermann Chair and an assistant professor of Human-Computer Interaction at Carnegie Mellon University, directing the Future Interfaces Group. He broadly investigates novel sensing and interactive technologies, especially those that empower people to interact with small computing devices in big ways. Harrison has authored more than 80 peer-reviewed papers and his work appears in more than 40 books. For his innovations, Harrison has been named as a Top 30 Scientist by Forbes, a Top 35 Innovator by MIT Technology Review, and a World Economic Forum Young Scientist. Harrison has been named a fellow by the Packard Foundation, Sloan Foundation, Google, Qualcomm and Microsoft Research. He is also co-founder and CTO of Qeexo, a CMU spinoff working at the intersection of interactive technologies and artificial intelligence. His website is www.chrisharison.net.